"I oughtta just cram this down your throat." 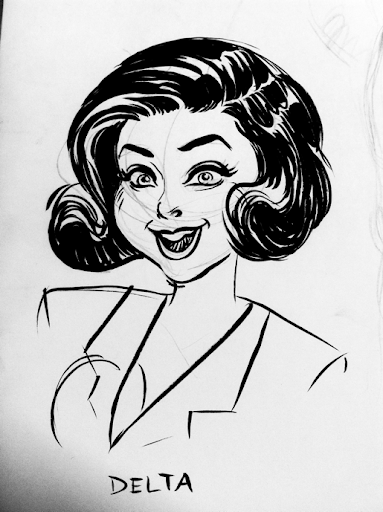 Dino Day with the Boyfriend

Had a Dino drawing day with my boyfriend at the Natural History Museum's new Dinosaur Hall. It's great to be dating a fellow artist (he's super talented. Check out Chrisables.blogspot). Publishing today's doodles - mostly with my new brush pen- whilst watching Jurassic Park trilogy. 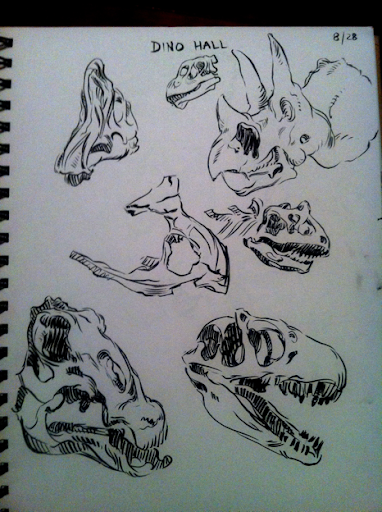 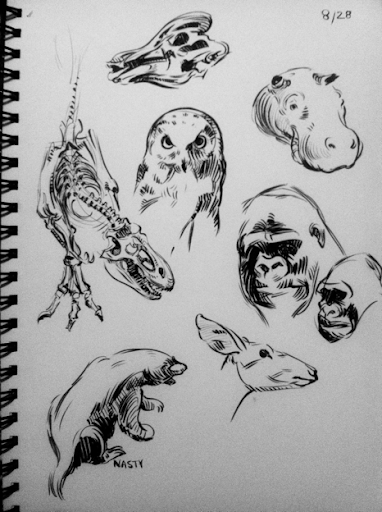 Since I met the writer/ astrologer Seraphime at my first show at the Hive downtown, I've been waiting for the lightning bolt to strike. I had been waiting for just the right concept to use her as a model, and for the right amount of inspiration to start a new painting.

When she began posting photos of herself as her character, the space alien Zebulon (apparently no connection to the Rufus Wainwright song of the same name), I had my moment.

Here are the goods so far, the sketchbook work leading up to the finish that's yet to come. The watercolor here is NOT considered a finished painting, just a study.

I've been having a lot of fun listening to spacy music and drawing this retro sci-fi androgynous space alien.... the music of goldfrapp's felt mountain, the tron soundtrack, bjork, and bird and the bee's "ray guns are not just the future". 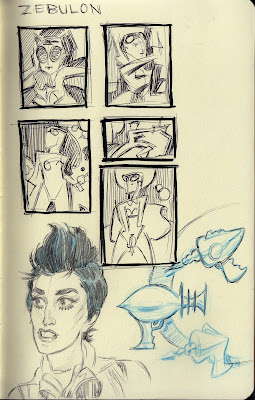 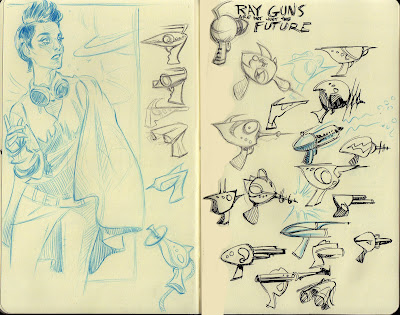 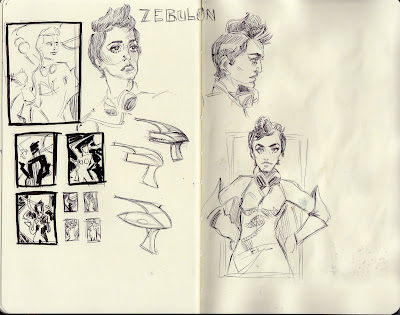 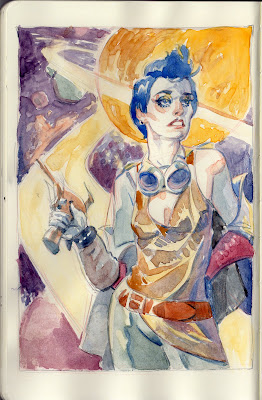 Here is the finished digital triptych! 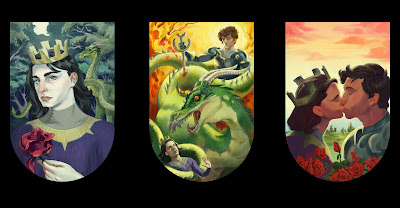 This piece is going to be included in OutNetwork's (That's ArtCenter's GLBT group)gallery opening at the Brewery Complex this Sunday. The show is called "Mapping" and explores how far the gay rights movement has come, and how far we have still to go. I'll be one of several alumni, students, and faculty participating.

Princes is at first glance a love story or a fairy tale. When I created it for the first time five years ago, I had used myself and my then-boyfriend as the models, but it wasn't a love letter to that relationship. We were representing heroes that I wish I had had as a child, or that other gay youth might be able to look to and see themselves reflected, as part of the way the world happens.

When I showed it to my parents back then, they were so concerned that the subject matter would hurt my grade on the project. I flat-out didn't care. This was the most intensely personal project I had done, and if I had to fight to be treated fairly, I was prepared to do so. As it happened, my instructor Peter Liashkov loved the piece, wanted me to take it further still. At my third term review later that year, it was praised by the judges as my best composition. Then I felt vindicated and proud, proving that to be true to yourself is always the right decision.

Now when I look at this story, this project, in the aftermath of Prop 8 and the struggle that people like me are still enduring in order to achieve and to keep equal rights, I see another layer here. This isn't just the story of a relationship ideal, but an ideal arc for the story of our movement.

The first panel is called SOLITUDE and represents the personal struggle we had to endure within ourselves in order to gather up the courage to come out of the closet. It's about self-doubt, and self-image, alienation and all of those things. Notice the prince has cut his finger on the rose, and the lurking dragon in the background.

The second panel is called ADVERSITY and represents both the hatred we encounter outside the closet, and the saving love that we find from those who see us for who we really are. It is a segue into the third panel...

TRIUMPH. The third panel is about a hope for the future- GLBT people being seen as NORMAL and EQUAL and treated as such. It is not a happily ever after but a new beginning. It isn't the end of the struggle, but a new chapter in history.
Posted by Jason at 1:15 AM No comments:

This was a quick painting from life tonight, my friend Sarah. This app just blows my mind, can't wait till I get faster and better. Looking forward to using this at next week's workshop! 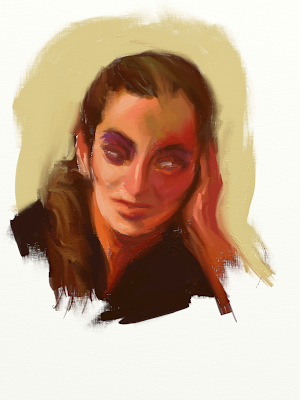 Two lovers lie, with no sheets on their bed, and the day it is breaking...

With a U2 lyric in mind and a gently romantic image of a pair of lovers in front of me, I went ahead with this painting.

This was made on my iPad, using the ArtRage app, which I've found to be far superior to other painting/ drawing apps for the iOS. With this one, you can control every minute detail of the piece, emulating realistic, organic tools. You can choose the texture or grain of your paper or canvas, the roughness of your brush and how much thinner is in your paint, you can even create metallic paints. The tool range is far more broad, including the ability to use a palette knife, paint straight from the tube, use a paint roller, you name it. I am so in love with this device and this program, seems only appropriate that I conjured this up for my first creation on it. 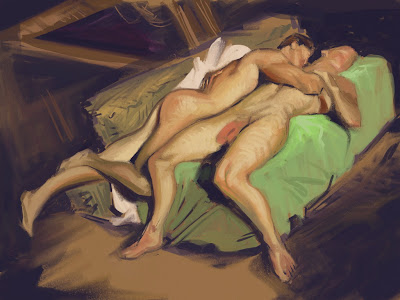 Yesterday, I had to compile my 10 best quick sketches for a freelance opportunity... And here they are, some of my fave little sketches. All are 2-5 minutes, and with only two or three exceptions, all are from life. 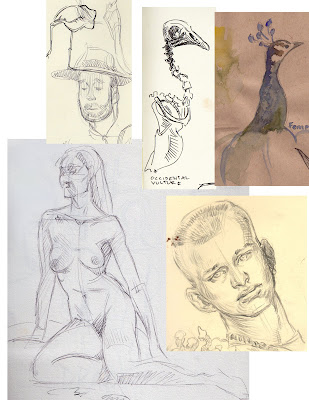 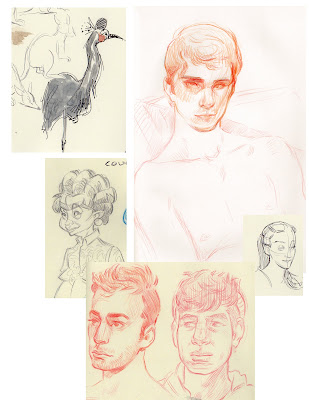